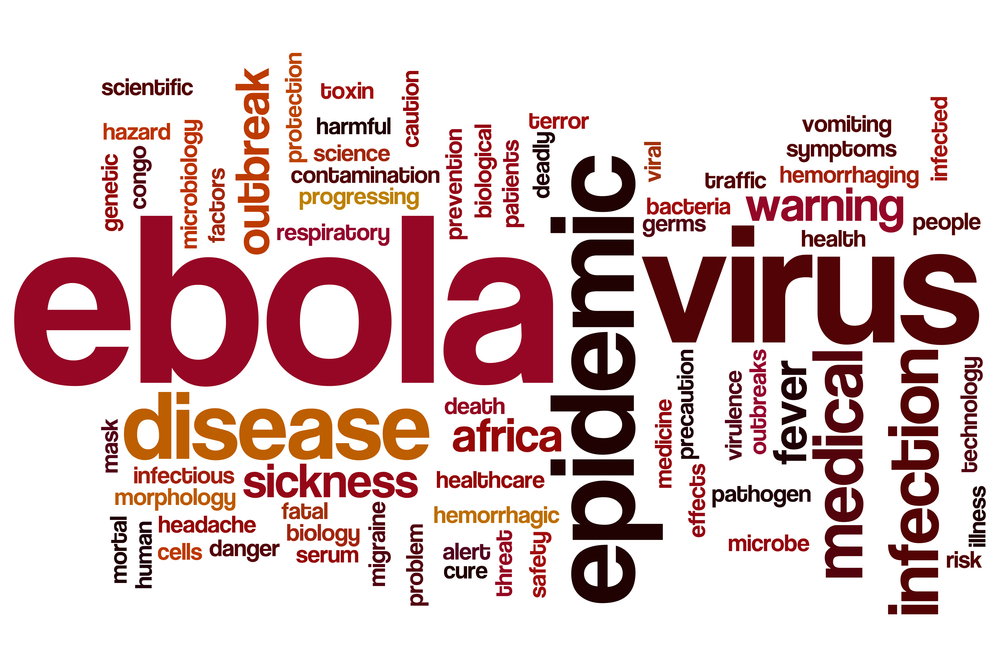 Ebola virus is native to Aftrica, where outbreaks have occurred irregularly for decades. Ebola virus lives in animal hosts and can spread from infected animals to humans.

After that, this contagious infection can rapidly spread from one person to another, affecting entire communities at once. Ebola virus destroys the organs and immune system of the body once it spreads. Consequently, it finally decreases blood-clotting cells, which results in severe internal as well as external bleeding that is often uncontrollable.

There is no vaccine for the prevention of Ebola. However, there are many preventive measures that can be followed to lower the risk of infection. First and foremost, one must stay away from areas where the Ebola virus is found. This is the best and most effective way to prevent the entry of ebola virus in the body.

Health care workers need to follow strict hygiene rules because they often come in contact with people who may be infected. Hand hygiene and the use of protective equipments such as goggles, gloves and face masks are necessary to prevent transmission. During the initial stages of infection, when Ebola signs and symptoms are yet to appear, it is tough to judge whether a particular person has the Ebola disease or not. Hence, care should be maintained at all times despite a person’s diagnosis.

Here is a summary of preventive measures:

There are five types of Ebola virus: Bundibugyo ebolavirus (BDBV), Zaire ebolavirus (EBOV), Reston ebolavirus (RESTV), Sudan ebolavirus (SUDV) and Taï Forest ebolavirus (TAFV). RESTV is not known to cause the Ebola disease in human, which the other four are.

The Ebola virus was first seen in 1976 during two disastrous outbreaks in Africa. One of these was in a village in the Democratic Republic of Congo near the Ebola River, where the diseases gets its name from.

Central Africa and South Africa remain to be the only parts of the world to have serious Ebola cases. However, the virus can spread from one country to another through people who are travelling. Airline crews in the US are trained to scan people flying in from Ebola-affected places and look for any Ebola symptoms. Anyone who is suspected to have the infection is quarantined. Hence, the disease is prevented from reaching the US.

Compared to other viral diseases such as measles, influenza or colds, Ebola is not as much contagious. It spreads when a person comes in close contact with an infected animal, especially a fruit bat, monkey or chimp. Any contact with skin, blood and other bodily fluids can cause Ebola transmission. This is animal-to-human transmission. Similarly, the disease can spread from one infected human to another, that is, human-to-human transmission. A person who comes in close contact with an infected Ebola disease patient is likely to contract the disease via contaminated blood, body fluids or organs. Touching infected surfaces or needles can also be a cause of Ebola transmission. Hence, this puts health care workers and family members or care takers of Ebola patients at high risk. Even those who are involved in the burial process of a deceased Ebola patient are at high risk of getting the disease.

Ebola cannot be transmitted from food, water or air. Also, a person who has Ebola but has no Ebola signs and symptoms cannot spread the Ebola disease. 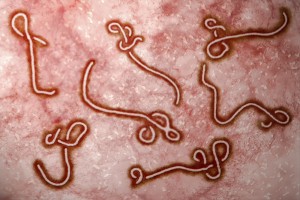 The risk of Ebola transmission is low in general. However, those in one of the following situations are at high risk:

During initial stages, Ebola disease can come across as flu or other viral illness. It takes around 2 to 21 days from the time of infection for the symptoms of Ebola to show up. The following are some of the most common Ebola signs and symptoms:

Internal and external bleeding is yet another symptom of Ebola. The onset of this symptom occurs when the disease worsens. Externally, bleeding could be from the nose, ears and eyes. Some patients suffer from bloody diarrhea or have blood in cough or vomit.

As the Ebola hemorrhagic fevers progresses and the disease worsens, the following situations are likely to occur:

The virus breaks down the immune system and its ability to form a defence, which is why it ends up being fatal in most cases.

For those who manage to survive, full recovery can take a long time. The Ebola virus continues to remain in the body for weeks and it generally takes months to regain strength. People who are slowly recovering from the Ebola disease can experience the following:

Sometimes, Ebola signs and symptoms are not enough to tell if someone has Ebola disease or not. The symptoms of Ebola are similar to those of other disease. So firstly, doctors rule out the possibility of other diseases such as malaria, cholera, typhoid fever, plague, hepatitis, leptospirosis, shigellosis, rickettsiosis, meningitis, relapsing fever and other viral haemorrhagic fevers.
Blood and tissue tests can also help in the diagnosis of Ebola disease. Some of the tests conducted in labs to diagnose the disease include:

People who are diagnosed with Ebola disease are immediately isolated from others to prevent further spread of the disease.

While studies are underway, there is currently no cure for Ebola, nor are there any antiviral medications or vaccines against Ebola virus. An experimental serum is used for Ebola treatment to wipe out infected cells form a patient’s body.

Now that you know what the causes and preventive measures are, keep your family and friends informed too! Share this blog and post comments in case you have any health queries.