Close
HomeHealth3 Most Common Causes of Infertility in Men

3 Most Common Causes of Infertility in Men 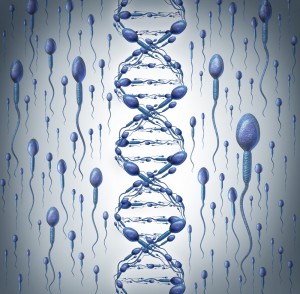 A study published in the journal Human Reproduction has revealed that lean, healthy men who consumed higher amounts of sugary drinks may have low sperm quality and motility. This study included an analysis of semen of men aged between 18 to 22 years. Every participant had to go through physical examination and was requested to answer a questionnaire about their health habits and diet. At least 25 percent of men who consumed high amounts of sugar consumed approximately 2.7 units of sugar-sweetened beverages per day. It is observed that lean men with this high intake had 6.3 percent lower sperm motility than obese men who consumed less than one sugary drink per day.

Based on this study, it is found that higher consumption of sugar drinks is associated with a decrease in the levels of Follicle Stimulating Hormone (FSH). FSH is a reproductive hormone that aids in sperm production. However, lean as well as obese men who consumed the most sugar drinks had low FSH levels.

Even though a laptop can help you do everything from ordering a meal to earning your salary, it can also commit genocide down under. Keeping a laptop on your thighs for long duration can make you infertile. It has been noted that the ejaculated sperms of men working on a laptop were significantly damaged.

There are many diseases associated with obesity. Among these different ailments is infertility in men and women. The sperm count is affected by obesity in men, while miscarriages and interference with the regularity of the menstrual cycle are common in obese women. If you are obese, you not only have to fight the obesity, but also strive to get rid of the repercussions of obesity. An unhealthy body will only lead to an unhealthy reproductive system.

Like obesity, smoking is also a major cause of a number of diseases. The harmful effects of smoking are innumerable and known to most. According to a recently published report, smokers have a 10 to 40 percent lower fertility rate.