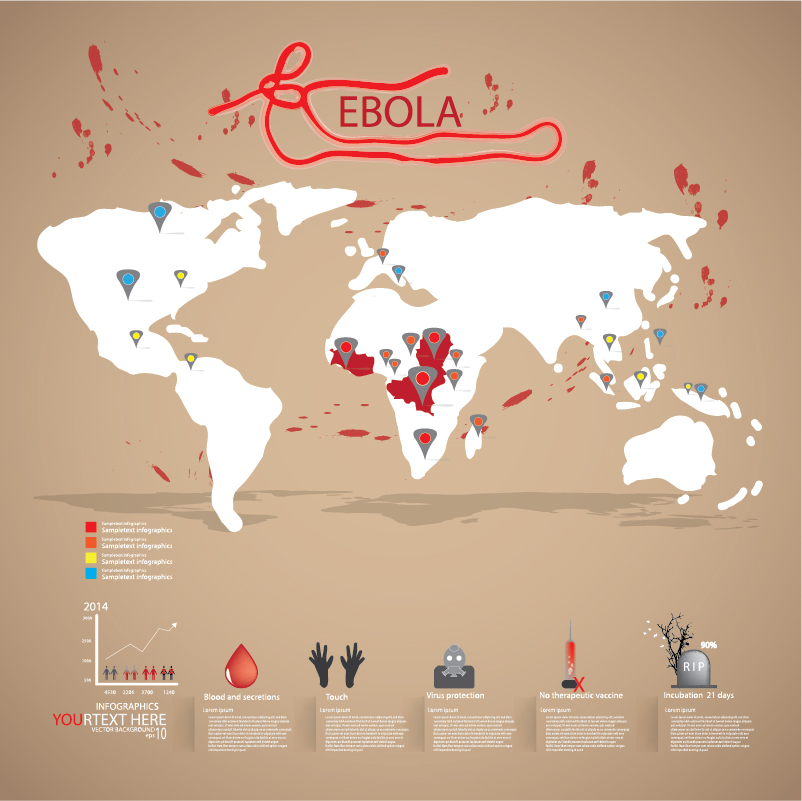 Claiming around 650 lives during its current outbreak, the Ebola disease first occurred in 1976. It has already claimed 431 lives during its first outbreak. It has been restricted to Africa with the exception of the Reston Ebola virus. World Health Organization (WHO) has already recognized four species of the Ebola, which include Zaire Ebola Virus (EBOV), Sudan Ebola Virus (SUDV), Reston Ebola Virus (RESTV), and Taï Forest Ebola Virus (TAFV). The only way to prevent the disease from causing a widespread epidemic is by understanding the symptoms of Ebola Virus and treatment measures for Ebola Virus. The main symptoms of Ebola virus include uncontrollable bleeding, fatigue, and fever. It practically causes a breakdown of the entire immune system.

How Is Ebola Diagnosed?

Symptoms like fatigue, stomach pain, muscle cramps cannot predict the diagnosis of Ebola. This is because these symptoms could be another disease. Doctors may test to rule out other diseases like cholera, diarrhea or malaria which have similar symptoms. Tests of the blood and tissues also can diagnose Ebola. Ebola patients should be immediately isolated from the public to prevent further spread of the disease.

Basically, Ebola virus disease is very rare, but deadly and causes bleeding inside and outside the body and was formerly known as Ebola hemorrhagic fever. This fatal disease was first introduced in Africa through handling the virus affected animals like gorillas, fruit bats, monkeys, and porcupines. Ebola is a transmitted virus which is transmitted through direct contact with body fluids. Ebola transmission spreads rapidly from the infected person, even a dead body.

What is the worldwide impact of Ebola?

Ebola virus has been spreading from Africa since 1976, but the current outbreak, which is in the year 2014 has reached new heights and further elevated the crisis. Right now, Ebola is a matter of concern because its current outbreak is unprecedented. It has currently infected the high proportion of doctors, nurses, and other health care workers. To date, around 240 health care workers have caught the infection in Guinea, Liberia, Nigeria, and Sierra Leone, and an estimated 120 have lost their lives due to lack of awareness about Ebola virus symptoms. In recent days it has also been reported by the WHO that Sierra Leone’s leading Ebola doctor has himself contracted the virus.

Prevention of Ebola: Signs and Symptoms

Handling infected animals like fruit bats is the main reason for Ebola transmission. Fruit bats are the natural hosts for the Ebola virus and therefore it is impossible for anyone to predict its outbreak. It is possible to project the Ebola, if its containment and mitigation policies are implemented in a timely manner. People have to be equipped with certain knowledge about the Ebola symptoms. Ebola transmission virus occurs mainly through the blood or through contact with bodily fluids from an infected person. Therefore, it is crucial for caregivers to take proper cautions and get the facts about the Ebola virus disease right. So, isolation or quarantine in a properly equipped healthcare setting along with rigid protection protocols for handling burial procedures are crucial for the containment and treatment of the Ebola outbreaks.

Is this outbreak different from the others that have occurred in the past?

In the current outbreak Ebola has claimed 60% of lives from the 1000 reported cases. Although previous outbreaks recorded fatality rates of up to 90 percent, but the current outbreak is the worst in terms of the number of infected people. Moreover, the current outbreak of Ebola is unique in its sense because it has hit major urban areas such as Conakry, the capital city of Guinea. It means that quarantine and control in large cities is more challenging because of the transmission mode. Larger cities are major transportation hubs for travelers and may spread the outbreak in other geographical regions too.

Is Ebola an international concern and if so, how great is that concern?

The risk of Ebola virus for travelers is less because infection results only from direct contact with sick individuals. Currently, major cities of the infected nation with airports have already introduced the caution that infected or suspected people cannot get on a plane and spread the virus internationally. But, no one can rule out the possibility of cases spreading to major European or American countries because the persistence in time of the outbreak and the growing number of cases have increased the probability of spreading this disease internationally, which makes it imperative to win the battle in containing the outbreak.

Share this blog to create awareness on the deadly Ebola disease.