Close
HomeDiabetesType 1 or Type 2, which Diabetes is the Worst?

Type 1 or Type 2, which Diabetes is the Worst?

Type 2 diabetes is the most common form of diabetes that can be cured with a little bit of effort. The condition affects around 90-95% of people all over the world.

Diabetes and its types

Diabetes is a major cause of kidney failure, blindness, stroke, and heart attack. A patient who has diabetes have high levels of sugar (glucose) in the blood. This high level of glucose cannot be properly used by the body. The pancreas of diabetes patients doesn’t produce enough insulin (hormones produced by the pancreas and allow sugar to enter into the body cells, where it is utilized as energy. Diabetes is increasingly becoming more common nowadays, as the number of people increased by 48% between 1980 to 1994 and it has been found that all the new cases are of Type 2 diabetes.

The type of diabetes can also be called as non-insulin dependent diabetes. Ome of the symptoms experienced by patients with Type 2 diabetes includes excessive thirst, extreme hunger, irritability, blurry vision, frequent urination, unusual weight loss, increased fatigue, etc. The symptoms develop due to the high levels of glucose in the bloodstream, where it cannot be used as energy. The signs of diabetes are same in adults and children. But for adults with Type 1 diabetes, it is hard to recognize the symptoms of the disease. Many campaigning programs are running to raise awareness of the key signs of diabetes. Many medicines are available to treat Type 1 diabetes. Januvia is one such drug used to control blood glucose levels in patients with Type 2 diabetes.

Difference between Type 1 and Type 2 diabetes

Many people ignore what type of diabetes dose they have. While many don’t know that there are some differences between Type 1 and Type 2 diabetes. Both the type of diabetes is known to raise the level of blood glucose levels. During diabetes, it is expected to have higher than normal blood glucose levels. Both forms cannot be cured, but the symptoms of Type 2 can be reversed if diagnosed in the early stages. Checking the symptoms of the specific form of diabetes can help you get better treatment and quick recovery.

Diabetic patients either have not enough insulin, lack of insulin in their bodies, or are not unable to use the insulin as required by the body’s requirement. Type 1 diabetes is also known as insulin-dependent diabetes. It affects around 5 to 10 people per every hundred around the world, data suggest. It is a life-threatening autoimmune disease that can strike children and adults at any time. In the particular type, the immune system destroys plays a major role in releasing insulin. As Type 1 diabetes progresses, insulin is eliminated from the body. Its symptoms usually appear at earlier ages. Patients with Type 1 diabetes experience dry mouth, trouble concentrating, frequent infections, slow healing of wounds, increased thirst, blurred vision or worsening vision, weakness, heavy breathing, nerve damage that causes tingling pain in the feet, and hands, changes in weight, and feeling hungry more often.

Type 2 diabetes can develop at any age, but the chances of it developing or becoming rise are most often in adulthood. According to studies, the type of diabetes is more likely to occur in the younger age groups and children as well. Type 2 diabetes occurs more often in comparison with Type 1 diabetes.

The vast difference between type 1 and type 2 diabetes is that those people with type 1 diabetes are resistant to insulin and are unable to produce the hormone naturally at all. It is called an autoimmune disorder because the body of type 1 diabetes patients disables their defenses of the cells that are required for the insulin production.

Which type of diabetes is worse?

Diagnosing with Type 2 can be scary, but you will soon get the right way to cure it naturally. It will be for you to have the essential knowledge about the condition to not only cure it but also prevent in the future.

When the question arises, which one is the worse? It would seem that Type 1 wins the award. Those people who get diagnosed with the disease are found themselves stuck for the rest of the life, and there is nothing they can do about it. But the good news is that it can be cured through following healthy lifestyle including diet and exercise. In fact, many people with type 1 and type 2 diabetes have been reported to have significant improvement without hitting on medications. They got success by just making major changes to their daily habits. 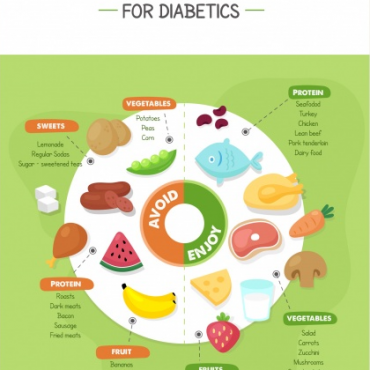