Close
HomeDiet and FitnessDiet and PMS: How Are They Related

Diet and PMS: How Are They Related 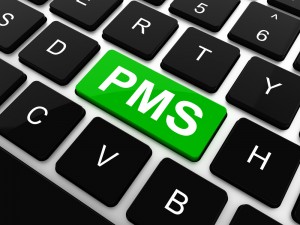 PMS in women is usually related to emotional and physical changes such as breast tenderness, bloating and fatigue. For some women, this may go on to be a severe condition, which may affect the normal life to a great extent. There is no shortage of strange theories related to PMS like the deficiency of vitamin B6, intake of less salt, abnormal uterus, a lot of intake of caffeine, sugar, fiber and even illogical myths like curse of an evil witch and filling of water in the brain. Such infamous myths have no relation with PMS in women and they simply add to the misery of this stage in a women’s life.

There were days when certain preposterous remedies were suggested to treat PMS since the early 20th century such as eating a toad’s skin trapped under a full moon or simply having hysterectomy. Over the decades, it was proved that these bizarre remedies have no positive effect on the PMS and are completely unsuccessful. But strangely, even in the modern and scientifically advanced world, a survey of women’s websites suggests that such bizarre advises are still being given to women.

Hormones of progesterone and estrogen are responsible for the changes in the women’s menstrual cycle. These hormones may not be the direct causes of PMS but are surely linked to it. These changes are not identical in every woman, hence their effects also vary. Many forget to mention the role of the brain, which is deeply involved in this process. The neurotransmitters and serotonin present in the brain are responsible for the control of mood swings, energy level, appetite and the level of concentration. The neurotransmitter and serotonin apparently becomes less active around the premenstrual symptoms. Sometimes the PMS symptoms become very serious and go on to become Pre-Menstrual Dysphonic Disorder (PMDD) for which the help of anti depressants is required.

These SSRIs and antidepressants increase the work of serotonin and regularize its activity. Along with this, several studies carried out by various renowned PMS clinics over the years have shown that a good amount of carbohydrate consumption helps effectively in increasing the serotonin levels thereby proving to be a natural remedy for anger, lack of concentration, depression and a weird strong craving for carbohydrates. It is with the help of years of research that we are now able to understand and justify why women crave for carbohydrates. This is a natural calling of the body to regularize the level of serotonin in order to keep the above mentioned problems of PMS at bay. 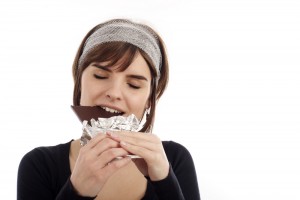 with respect of PMS, most of women were supposed to stay away from such things. Women at this stage had special cravings for chocolates but were supposed to avoid eating them. This myth was prevalent and practiced with such dedication that when the experiment of allowing women to eat what they crave for i.e. carbohydrates and chocolates were carried out, there was a huge fear of increasing their misery of PMS.

However, all such fears vanished when women who were allowed to eat their cravings, felt much better as compared to the ones who stayed away. Eating carbohydrates has proved to be a self- medication and is proven to remove some major PMS symptoms, if not all. It at least makes it bearable for women to pass through the stage with less stress. Starched carbohydrates such as potatoes pastas, bread, cereals, rice, and pancakes help in increasing the serotonin levels thereby diminishing the PMS symptoms However, it is also advised that women should eat food with better and healthier nutrient content to help themselves with the other symptoms of fatigue, memory loss, lack of concentration and mood swings. Also, such carbohydrates should be eaten with no or minimal proteins as proteins hinder the production of serotonin.

An End to PMS Myths

There have been overwhelming myths about the intake of carbohydrates as well. Myths like eating carbohydrates can cause early deaths, increase the level of blood sugar, lower the blood insulin and the most bizarre; make your personality look like that of a drug addict. The fact is that women in reality already have less serotonin levels than males and that further decreases at the time of PMS. Devoid of carbohydrates, the serotonin levels decrease to cause mood swings, fatigue, and cravings.

Make sure that the woman in your life is well taken care of and well supported during this upheaval stage of her life as she goes through many unbalanced emotional and mental stress during this stage. This is a delicate time in every woman’s life, and with a little bit of moderation and change in eating routines, it may well be less stressful.