Close
HomeHIVHere are the Early Signs of HIV in Men

Here are the Early Signs of HIV in Men 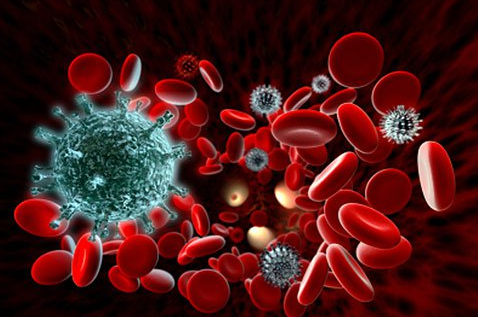 Human immunodeficiency virus (HIV) causes a life-threatening condition of Acquired immunodeficiency syndrome (AIDS) in which your immune system is severely affected. It can have different signs and symptoms leading to various health conditions. Unlike other viral diseases, HIV is an uncommon condition that does not affect anyone in general.

There are some signs of the early stage of HIV in men that can help you understand about the attack of this viral infection. To combat the intensity of viral infection, men are advised to take Valcivir 1000mg tablets. This medicine is effective in the prevention of herpes infections.

HIV can damage your immune system and it interferes with your body’s ability to fight the organisms that are responsible for various diseases. Usually, HIV is found to be a sexually transmitted infection (STI) and it gradually progresses by destroying the CD4 cells, which are a subset of T cells, so that the body’s ability to fight off disease and infection is weakened. This condition leads to stage 3 HIV that could remain effective for a few months to 10 years or even more than that.

Before taking any medications, be sure if the HIV virus has really infected you. Here are some signs and symptoms of HIV-positive in the body.

The very first symptom of HIV infection is a fever that usually remains with the patients for a long time. Patients can suffer from mild to acute fever up to 103-degrees F. This condition often happens along with other conditions like a sore throat, swollen lymph glands, and fatigue. The immune system is also badly affected and it remains unable to counter the viral attack.

The besieged immune system can cause an acute headache and fatigue that make you feel tired even after doing a mild labor work. In some cases, people living with HIV-positive feel dizziness and winded, so understand if you have any such conditions. Fatigue is a common sign that HIV patients suffer from.

Lymph nodes play an important role in the body’s immune system by protecting the blood from the bacteria and virus attack. In the case of HIV infection, these lymph nodes are inflamed and fail to function properly. You also experience acute joint pain in groin, neck, armpit, vest, and fingers in the condition of AIDS.

Since the early stages of HIV affect the digestive system, its patients complain about nausea, diarrhea, and vomiting. In some cases, Valcivir tablets are recommended for those who experience abnormal immune system. Experts advise taking a medical prescription to those patients who suffer from different medical conditions including HIV/AIDS, kidney transplant, pregnancy, kidney disease, and allergies. HIV patients are also advised to stay hydrated and take medical aid to improve the immune system.

If you are suffering from a sleeping disorder or insomnia, go for the HIV checkup, as it is one of the symptoms of AIDS. HIV patients also suffer from night sweats and body warming more often. If you think you are infected with the HIV or your partner shows any signs related to AIDS, go for the medical test without wasting your time.

Be watchful to any symptoms of HIV after having had unprotected or risky sex:

If you have had an unprotected or risky sex with an unknown partner, you have to be alert to any symptoms of HIV infection. You have to identify if there are any flu-like symptoms as described above after going through an unprotected sex, risky blood donation or blood contact with the HIV infected razor. You must get tested for HIV if you experience any such symptoms. If the test shows that you are HIV negative, go for the test again after 12 weeks or so to confirm that you are not infected by the virus. As far as HIV medication is concerned, many doctors prescribe Valcivir tablets to improve immune capacity in order to fight against virus attack.