How to Diagnose Epilepsy in Childhood 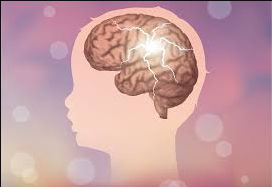 Epilepsy is one of the most common childhood brain disorder, and about two-thirds of all children with epilepsy outgrow their seizures by the time they are teenagers. So it is very important for the caregivers to help their child maintain a healthy lifestyle and ensure regular medical visits. Epilepsy is a brain disorder in which suffers from recurring seizures. Seizures are caused by anything that injures the brain, including head injuries, infections, poisoning or even brain development problems prior to birth. There are different types of seizures, some are short, and some last for a few seconds, while others can last a few minutes.

Signs of a Seizure Disorder in a Child-

Epilepsy affects every child differently depending on:

Some people with seizures can control their seizures with medication and can easily outgrow them all together.

In the current time, the development in medicine and health care services, the epilepsy is more manageable. Many new anti-convulsant medications are available and more are being tested. Alternative treatments are also developed for children who continue to have seizures while on medication.

Diagnosis is made by identifying a condition or disease based on signs and symptoms. An epilepsy diagnosis is generally made when seizures occur more than once without an identifiable reason, such as fever or injury. The major diagnosis process involved-

After the examination, tests and a period of observations, a doctor determines whether a child has epilepsy.

Also Read: Living with Epilepsy is Frightening, Treat it before it Gets Too Late

After the diagnosis, the parents should work closely with child’s doctor to classify what type(s) of seizures the child is having, and what kind of epilepsy the child has, and discuss treatment options.

Every child is different, so their treatment procedure is also different. Treatment for epilepsy starts with medications. However, epilepsy is a complex condition, and every child response towards treatment may differ.

There are many drugs which prevent seizures, and they are called as anti-epilepsy drugs (AEDS) or anticonvulsant drugs, on the market and new ones in development. However, it sometimes takes a while to find the one that works best for each child. If medication is not effective, then other options include-

The child should take the medication as prescribed by the doctor, and if seizures do not appear for a few years during medication, then medication can be stopped after consulting the doctor.

The risk from Epilepsy

Epilepsy can cause mood or learning disorder. Headaches, ulcers, and other physical conditions can also develop.