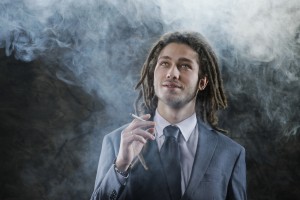 Is marijuana a gateway drug—it is a question that has been asked by many, and a topic that is often debated. For those who are not aware, a gateway drug is a substance which apparently leads the user to bigger addictions. Gateway drugs are usually stimulants or mood-altering substances that do not bring about any physical dependence in the user, but evidently lead to much stronger and dangerous drugs. It is widely believed that marijuana is one such drug. Its use can lead the user to the use of harder substances, for instance, heroin, cocaine or crystal meth. So what gives rise to this debate over whether marijuana is a gateway drug or not? Let’s take a look at both sides of the coin.

Researchers have long been committed to finding out the connection between marijuana and hard drugs. Marijuana might not be very dangerous itself, but studies show that its use can lead to other problems like abuse of prescription drugs and worse, strong drugs like cocaine. So is marijuana really the first step towards bigger and more dangerous addictions? Let’s dig deeper into the issue.

Listen to any addict’s story and you would, more often than not, find one common chapter—they all started off by using marijuana. If you study closely, there’s a regular pattern of drug-use progression. According to the National Institute on Drug Abuse, “a person who smokes marijuana is more than 104 times more likely to use cocaine than a person who never tries pot”. Now that’s a high probability. Clearly, the connection between marijuana and other drugs cannot completely be denied.

However, it seems that there is no concrete evidence to prove that smoking marijuana is correlated to the subsequent use of hard drugs. Another important thing to note is that not every marijuana user turns into a cocaine or heroin addict. Some of them undeniably progress to more dangerous addictions, but not all. Let’s take an example. In a survey conducted in 2009 by the federal government of the United States, it was found that against 2.3 million pot users, only 617,000 had tried cocaine while some 180,000 people had tried heroin. This definitely shows that not every marijuana user can be targeted as a likely abuser of hard drugs.

But surely there must be some reasons that have led to the wide belief that marijuana is a gateway to heroin and cocaine. It is important that we take a closer look at some of these supposed reasons.

In almost all areas, marijuana is an illegal substance, and hence those who acquire it, do it from criminal drug dealers. Now these drug dealers don’t just deal in marijuana but have a variety of illegal drugs that they sell. They often expand their business by introducing marijuana users to other substances. In a nutshell, every marijuana user is in touch with a criminal dealer or an underground drug-selling market and hence is highly vulnerable to getting exposed to more dangerous drugs. This is one chief reason behind pot smokers advancing to hard drugs. Now someone who doesn’t smoke pot and can’t even score hash or weed is highly unlikely to be exposed to drug sellers and this vicious circle.

Secondly, a person who is very interested in a mood-altering effect might not mind moving on to stronger drugs to feel that high. A lot of people argue that if you like cars, you’re likely to upgrade your car to a higher-end model. Or maybe if you are passionate about music, you will not just stick to one band or genre of music all throughout your life. Similarly, marijuana users are likely to try other drugs and things can worsen. That’s another potential connection between marijuana and hard drugs.

While many parts of the world debate on whether marijuana should really be made legal or not, for recreational or medicinal purposes, this association comes as an alarming factor. So while those against the legalization of marijuana continue to argue that it is a gateway drug, a lot of statistics prove otherwise. The Marijuana Policy Project stated that more 40% of the population of the United States of America born since 1960, i.e. 107 million people, have tried marijuana, but only 37 million have tried heroin. Also note that while marijuana is definitely addictive, its chemical composition has nothing to do with any urge to take harder drugs.

Holland liberalized its marijuana laws, much to the resentment of other countries, in a bid to close this potential gateway. The country’s drug policies were altered with some major objectives like reducing harm to users, to curb drug trafficking and production of illegal substances and help and rehabilitate recreational drug users. Hence, the concept of cannabis coffee shops came up in the Netherlands. These are coffee shops that are legally licensed to sell small amounts of cannabis products. This is done to separate soft drugs from hard drugs. These coffee shops, in no way, are allowed to sell hard drugs. However, you can buy and smoke pure cannabis joints in these shops.

Marijuana’s legality varies from one country to another. While still illegal in most parts of the world, some countries have legalized its possession in small quantities. In addition to Holland, the US states of Washington and Colorado, possession of cannabis is legal. Barring recreational use of marijuana, the medicinal use of the substance is legal in countries like Canada, Israel and the Czech Republic. However, marijuana remains to be the most widely taken illegal country throughout the world, and most countries have extremely strict anti-drug policies.

So it all comes down to the social environment and the fact that marijuana seekers have to resort to illegal narcotics dealers for their marijuana fix. Because of this, a lot of people consider marijuana to be a ‘social gateway drug’.

The inference from all these facts and figures seems to be that while marijuana has definitely acted as a gateway drug for some people, not every marijuana user progresses to cocaine or heroin. It all depends on the user, their environment and their vulnerability to addiction and need for drug dependence.