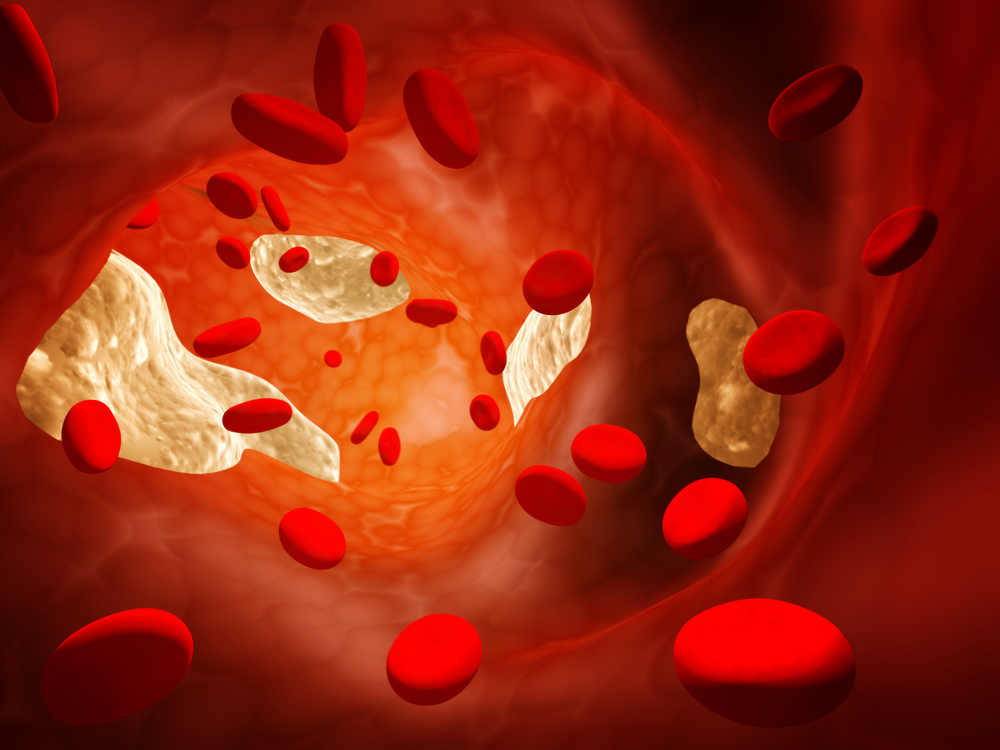 Thrombosis is a medical condition in which a blood clot forms within the blood vessel, thus hindering the circulatory system. The body uses platelets (thrombocytes) and fibrin to form a blood clot whenever the blood vessel of a person gets damaged or injured to prevent unusual blood loss. But if blood vessels don’t get injured, even then blood clots form under abnormal conditions. A clot that breaks free and begins travelling around the body is known as an embolus.

What is arterial thrombosis?
When blood clot forms within the artery is known as an arterial thrombosis. This condition is mainly responsible for strokes, heart attacks, and vascular disease (thrombosis in leg arteries). It has been reported that heart attacks and strokes are the main causes of death and serious illnesses in the Western world.

Causes of arterial thrombosis:
Arterial thrombosis affects people who are suffering from atherosclerosis or narrowing of the arteries. This condition happens when the walls of the arteries have deposits of atheroma, which is a fatty porridge like substance. Atherosclerosis develops in areas where the blood flow is unstable and the modern Western lifestyle is the main reason behind it. Why modern Western lifestyle? This is due to the lifestyle changes of the Western people, as their child reaches his or her teenage years they are at high risk of developing atherosclerosis in their arteries. The main risk factors involve:

• Eating a high-fat diet
• Smoking
• Obesity
• Lack of physical activity
• Drinking alcohol than the maximum recommended
• High cholesterol level
• Diabetes of any type (either type 1 or type 2)
• High blood pressure
Of the above mentioned risk factors, the major ones include smoking, hypertension or high blood pressure, and increased levels of cholesterol. Furthermore, the risk of arterial thrombosis increases as people age.

Treatment options:
Treating arterial thrombosis or blood clots:
Prevention of arterial thrombosis is the main treatment and is a vital part of health care. Basically, there are two main areas of prevention, including primary prevention and secondary prevention. As the name suggests, primary means preventing the disease from developing, whereas the secondary means preventing the problem from coming back, if already had.

Moreover, prevention of arterial thrombosis involves two ways, which include lifestyle changes and medications. These are mentioned below:

Lifestyle changes:
Changing the style of leading a life can play a major role in reducing the risk of arterial thrombosis. There are numerous ways that may help people in lowering down their arterial thrombosis problems. This can be done by encouraging people to quit smoking. It has been mentioned in various studies that quitting smoking may reduce the risk of different kinds of serious illnesses including the risk of heart attack.
Additionally, to reduce the risk of developing the condition of arterial thrombosis a person should have to focus on his/her diet al well. People have to keep in mind that they should eat less fat, particularly saturated one. They should focus on having at least five portions of fruits and vegetables per day, add less salt in their diet, and eat at least two portions of fish (one of oily fish) each week. Following the previously mentioned tips a person can easily deplete his/her chances of developing atherosclerotic disease.
Various researches have been under processing since decades and the evidences have shown that being overweight increases the risk of atherosclerotic disease, which is highly linked to risk factors like increased levels of cholesterol, high blood pressure and increased blood glucose levels. But the good news is that all the mentioned these risk factors can be reversed by losing weight. It has been recommended by the National Service Framework that adults should engage themselves in various types of physical activates like they can do 30 minutes of moderate exercise like cycling, walking, or running at least five days a week.
It has also been recommended that people should limit their alcohol intake because by doing this they can reduce their risk of developing high blood pressure and strokes.

Medications following a heart attack or stroke:
These include antihypertensive drugs, cholesterol-lowering agents, and antithrombotic drugs. All these medications have been proved as life saver, which increases a person’s chances of survival by lessening the risk of having another heart attack or stroke. An American university study has suggested that folic acid may be beneficial too.

There are a lot of treatment options available for the treatment of a blood clot in the heart. These include clot busting drugs, cardiac stenting and coronary artery bypass grafting. The various options for treatment of blood clots are mentioned below:
• Busting or thrombolytic drugs- These drugs are referred for those who already had a heart attack. Thrombolytic drugs are given as an intravenous injection by the medical professional that breaks down the clot in the coronary artery which opens up the artery by allowing the blood to flow again.
• Cardiac stenting- This process involves widening the narrowed artery with the help of a balloon by then placing a ‘stent’ in it. Stent is a tube made from stainless steel mesh, which is placed inside the artery to prevent it from narrowing again.
• Coronary artery bypass grafting- This process involves cardiac surgery in which the blood vessel taken from the leg or from another part of the body is used to bypass the point of the blockage.
If your doctor finds the blood clot, he may perform a surgery called carotid endarterectomy. During this procedure, the surgeon makes a cut to open up the artery and remove the fatty deposits.

Clots can prove to be fatal and extremely dangerous and regular checkups can prevent a catastrophe. Maintain a healthy lifestyle and do your bit in being healthy.