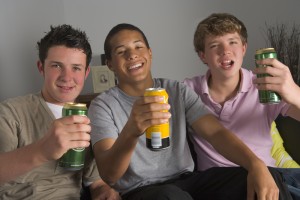 The recent times have witnessed an unprecedented rise in pressure on teenagers to abuse alcohol or engage in binge drinking. Of all the sources, social media sites such as Facebook has become one of the major factor which encourages teenagers to drink, or engage in risky behavior. One of the reasons behind such motivations is an online game known as NekNomination. This game involves young people nominating each other to consume strong beverages and post videos of the act on YouTube. NekNomination has been blamed for a number of deaths; with its popularity it has escalated to a point where drinking of spirit-based beverages involves mixed drugs or chemicals.

It may become difficult to keep teenagers away from social media. Teenagers may also become uneasy and resist your attempts to protect them from online pressure or bullying; they perceive it as an attempt to invade their privacy. Parents can, however, do the following things to monitor the situation:

Despite your best efforts some of the teens may still start to abuse alcohol. The longer they engage in such behavior, the more dangerous it is for them. They might be at an increased risk of alcohol poisoning and it doesn’t take long to develop an addiction. This is where it is important to spot the symptoms. Your teen may be abusing alcohol if he/she exhibits the following behaviors:

If you suspect that your child might be drinking, then take immediate actions to address the situation. The best solution is to approach the issue calmly. If teenagers are given the opportunity to be more open and honest, then they are likely to talk about their behavior. It is best to seek help from a therapist or counselor, if you are certain about your teenagers drinking problem.

Many rehab centers have come up which deal with the drinking problems of young adults. There is also the traditional way to tackle the issue with Alcoholics Anonymous meetings. There is plenty of support available, provided the teenager is receptive.