Dangers Of Smoking During Pregnancy 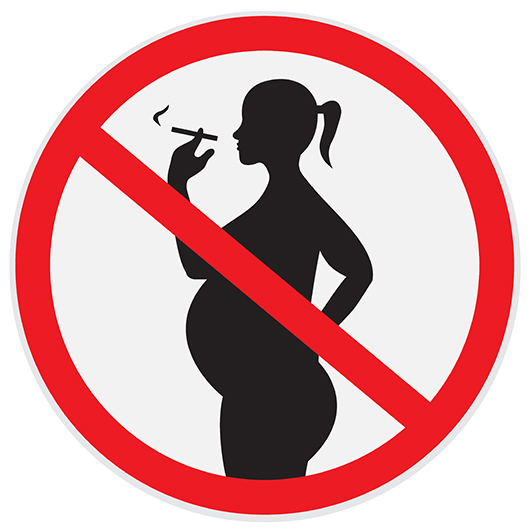 Cigarette smoke is toxic and contains numerous chemical compounds, among those, some are known to be the poisonous ones like cyanide, lead, and some are believed to be cancer-causing compounds. Moreover, second-hand smoke is also dangerous to breathe, whether you are a smoker or a non-smoker. The risk is even greater in pregnant women because these poisonous chemicals can have a bad impact on the health of your unborn child. Read to learn more about how cigarette smoking affects both mother and developing child she is carrying and what are the effects of smoking during pregnancy.

Why is it hazardous to smoke during pregnancy?

The ill effects of smoking are this high that smoking is now one of the biggest causes of death and illness in the UK. Smoking and pregnancy don’t mix at all. By smoking the mother not only puts her health at risk, but she pushes her developing baby towards unnecessary health dangers. When a pregnant mother smokes during pregnancy, the toxic smoke gets into the blood, your baby only requires oxygen and nutrients to grow healthy. Quitting smoking can make a huge difference in your baby’s life. You must be aware of the fact that smoking affects almost every body part.

Cigarettes, cigars, hookah all contain dangerous levels of tobacco products that can pose a threat to the young life breathing inside the mother’s womb. Cigarettes contain about 600 different detrimental ingredients. According to the report of the American Lung Association about 7000 chemicals, are produced in the cigarettes when it burns and 69 of them can cause cancer.

Here are the dangers that expecting mothers/ladies who smoke and those who are trying to get pregnant may possess:

It is a stark truth that those women who are trying to conceive but are addicted to smoking, find it difficult to get pregnant as smoking dramatically reduce the fertility of both men and women. More than 60 percent of women who smoke are likely to be infertile than women who do not smoke at all.

Miscarriage is one of the shocking and tragic events that can happen in a woman’s life. Miscarriages are that tragic loss of pregnancy in the first three months of pregnancy. But in some rare cases, loss of the pregnancy can occur after 20 weeks of gestation. This condition is called stillbirth. These two can be the effect of smoking during pregnancy.

An ectopic pregnancy is yet another consequence of maternal smoking during pregnancy. In this kind of pregnancy the fertilized embryo implants outside the uterus anywhere in the fallopian tube or in the abdomen. It is because nicotine can cause contractions in the fallopian tube and prevent the embryo to move into the uterus. An ectopic pregnancy is a life-threatening condition to the mother, and the ectopic embryo must be removed to save the mother’s life.

Also Read: How To Tackle Infertility

The placenta is the structure that forms after implantation of the embryo in the uterus to provide oxygen and nutrients to the fetus. The placenta is an important structure until childbirth, but in several conditions involving mothers smoking during pregnancy, placental abruption can occur very easily. Placental abruption is a condition when the placenta separates from the uterus before the childbirth, and this may cause severe bleeding and life threat to the child as well as the mother.

It is the condition that occurs one in 200 pregnancy cases. In normal cases, placenta gradually moves upward away from the cervix to allow the natural opening for childbirth, but if the parents, especially mother smoke during pregnancy, then the placenta may partially or completely cover the cervix. Such condition is called placenta prevail which can cause excessive bleeding and deprive the fetus of oxygen and nutrition.

It is yet another harmful aspect of mothers smoking during pregnancy. In about 20-70% cases where expectant mothers smoke, congenital defects like heart problems, cleft lip, cleft palate, etc. are found to occur in the child.

Smoking during pregnancy is associated with the lower birth weight of the child. Low birth weight doesn’t just mean to deliver a small baby, but it means that the newborn might be suffering from serious health conditions like mental retardation, cerebral palsy, or some vision/ hearing ailments.

Smoking during pregnancy can have a long-term effect on the child’s brain. It is reported that the children of smokers are likely to have the behavioral disorder or relatively low IQ.

Remember motherhood is not only a heavenly experience, but it is also a responsibility. If you are a smoker or in case the people around you smoke, then you should discourage smoking in any way to protect yourself and your child from the harmful effects of smoking while pregnant. Every cigarette you smoke amplifies the risks to your pregnancy. There are many smoking cessation programs that can help you to quit smoking.