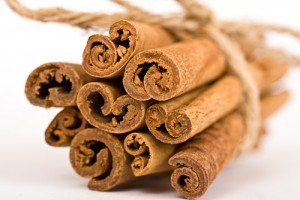 Cinnamon has been used for different purposes for centuries. Little did we know that this wonder spice has the capacity to prevent and fight everything from the common cold to diabetes, not to mention certain cancer. Let’s have look at the amazing health benefits of cinnamon.

Cinnamon and Diabetes: Cinnamon is known to be effective as a remedy for diabetes. It may sound outrageous however it has been proved that Cinnamon has properties to fight diabetes and help keep it under control. Cinnamon bark activates the insulin receptors in our body which helps to increase the glucose and lipid levels. It is among the best home remedies for diabetes.

Alzheimer’s can be delayed: Alzheimer’s is one of the most feared medical health conditions for the aged. It can be kept at bay by consuming one teaspoon of cinnamon powder with honey regularly. It helps in countering locomotor defects caused by accumulation of proteins around nerves that are responsible for transmitting impulses in the brain.

Cancer: Cinnamon powder inhibits the growth of unhealthy cells. It fights leukemia and lymphomas by blocking the path of a component that plays an important role in regeneration of cells. Unlike chemotherapy, it attacks only unhealthy cells leaving healthy cells intact. 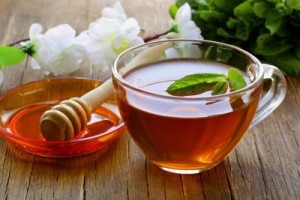 Relief from Arthritis: Cinnamon is known for its anti-inflammatory properties. It works wonders for alleviating arthritic pain. It can be used as a great home remedy for the aged who are otherwise in constant pain and feel nauseated by oral medication.

Good for digestion: Cinnamon is high on fiber, essential oils, calcium and mineral manganese. Fiber helps in cleaning the digestive system and Cinnamon’s essential oils help in regulating the effect of gastric juices on consumed food which helps in digesting food.

Weight loss: Cinnamon works wonders if you are trying to lose weight. As mentioned above it helps in cleaning the digestive system and it also regulates the use of insulin and carbohydrate breakdown.

Beat acne with the Cinnamon stick: Cinnamon has anti bacterial properties. It helps in reducing infections caused in pores which leads to acne. Application of cinnamon on acne will prevent it from spreading.

Shoo away cold and cough: As cinnamon has anti-inflammatory properties, it is a great best home remedy for cough and cold. It helps cure congestion and sore throat when taken with honey and hot water.

A healthy heart: Cinnamon is beneficial to your heart. It helps break down cholesterol. The fiber and calcium present in cinnamon is great for the heart as it helps get rid of bile salts from the body.

Bye bye tooth decay: Regular use of cinnamon will help you have good set of teeth in long run. Its antibacterial properties prevent tooth decay and bad breath.

With the umpteen benefits that cinnamon has, it is quite the wonder herb. Its benefits are scientifically proven, which is often better than prescription pills. So, pop a small stick of cinnamon and chew on it instead of gum.

Cinnamon is full of healthy surprises, so why not share this blog with friends and family as well. Also, share your email ID so you can receive regular posts.