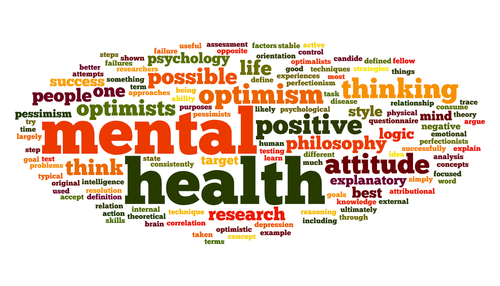 Sometimes the desire to be slim added with extreme anxiety about one’s body shape and weight results in serious health problems. An eating disorder characterized by restriction in food intake from an irrational fear of weight gain and distorted body self-perception is known as Anorexia Nervosa. This condition can set in during adolescence and by contrast is prevalent in females. In Anorexia nervosa, improper food intake results in lack of energy in the person suffering from this condition. The person experiences drowsiness, dizziness, headache, and fever. More complications arise from the use of diet pills, smoking and caffeine consumption.

We shall discuss about the types, causes and treatment of  anorexia nervosa.

There are two subtypes of Anorexia Nervosa. Both are very serious and need medical treatment.
1. Restricting subtypes
2. Binge Eating/Purging Subtypes

1. Restricting subtypes
In this, the person self-imposes severe food restrictions by skipping meals, restricting certain intake of food groups as carbohydrates, fats and keeping a very strict count on calories.

2. Binge Eating/Purging Subtypes
Beside restriction on the amount and type of food, binge eating and purging is also known in this subtype of Anorexia Nervosa. Binge eating involves the intake of heavy amount of food and feeling loss of control. Purging involves the practice of compensating for eating food by self induced vomiting, misuse of laxative and diuretics.

Warning signs of Anorexia Nervosa
Prevention of any disease at its first warning sign is more effective than a full blown condition. Understanding the signs of a particular disease is very important to prevent its progression. Anorexia Nervosa shows signs or a combination of physical, physiological and behavioral signs in the early and latter stages, which are as follows.

1. Physical signs: These physical or outward signs of Anorexia, which may include:

2. Psychological signs: These are signs related to altered psychology that may include

3. Behavioral signs: These are signs we get by observing the person’s behavior

What Are The Causes Of Anorexia Nervosa?
It is very essential to discuss the causes of Anorexia. There could be biological factors behind the development of this eating disorder related to the body internally or sociological reasons such as the desire to project oneself as fit.

Biological factors
Anorexia Nervosa is highly heritable which means it can be transferred from parents to children. Sometimes epigenetic modification means genetic mutation may be due to environmental factors or some medication or by other means resulting in alteration of the internal body mechanism. Some studies reveal that deregulation of neurotransmitters like serotonin, dopamine, orexin as well as Atrial Natriuretic peptide homeostasis may lead to eating disorders. Besides this, it may arise due to prenatal or perinatal complication in pregnant woman like preeclampsia, maternal anemia, and neonatal cardiac abnormalities, placental infarction, and diabetes mellitus. In an animal study it has found that addiction may develop for the chemicals which are secreted by the brain during starvation. So people addicted of such chemical may suffer from a high form of ‘not eating’ habit. Balance between leptin (inhibitory effect on appetite) and ghrelin (appetite stimulator) is very important in maintaining the body weight so imbalance in this may result in eating disorder.

Sociological reasons
In the Morden era, thinness is promoted as the ideal form of the female which impacted a lot of female minds and resulted in the development of over consciousness for body figure and weight. When this desire of looking slim (which is misunderstood for fitness) is taken to the exteme, it results in avoidance of food and exercise in excess which soon or later gives birth to eating disorders. If this condition is not addressed, it snowballs into serious health problems. In a wide study it was found that people who have professions (dancers, models) where there was constant pressure on them to look slim were more likely to develop Anorexia Nervosa. Sometimes so many factors like childhood abuse, sexual abuse or family dysfunction develops psychobiological changes which result in eating disorders.

The knowledge of these reasons and factors may help in effective treatment of Anorexia.

Precaution is better than cure so it is better is to treat the disorder in its early stage at the first signs of symptoms. The best treatment of Anorexia is to dispel thoughts and myths responsible for its development or effective counselling of the afflicted person by licensed counsellors or psychologists in order to modify distorted beliefs and attitudes about the meaning of shape, weight and appearance. The next goal for treatment of Anorexia Nervosa is to restore the person to healthy weight. An essential factor to work on is diet in the person suffering from Anorexia Nervosa. Nutritional counselling by a good dietician and a proper diet plan may help. The proper diet plan includes food with high energy density and food varieties and several important nutritional components which are helpful to prevent the progression of anorexia, such as zinc (helps in reducing reproductive issues, maintains the level of leptin), and omega-3 fatty acid. The psychological treatment of anorexia nervosa includes some family based therapy such as parent’s love and care. Aside from this nonmedical line of treatment, there is a medical line of treatment as well for Anorexia nervosa or conditions arising from the effect of Anorexia like heart problems osteoporosis or depression. It is claimed that olanzapine is helpful in the treatment of Anorexia Nervosa as it increases body mass index and reduces obsessive thoughts about food.