Close
HomeHealthMeasles can Take Away your Child’s Life

Measles can Take Away your Child’s Life

Measles is a common viral infection of the respiratory system. A majority of people can recover from the measles, but it can leave serious complications as well. Measles or Rubeola is known to be a very contagious respiratory infection caused by a virus. Though, measles rarely appear in the United States, but about 20 million cases occur each year worldwide.

Measles rash is one of the most common symptoms of measles. These rashes develop within two to four days of the initial symptoms. Starting from behind the ears going outwards to the head, neck and other body parts the measles symptoms should be immediately consulted with a doctor. Lack of medical attention, can make spots grow bigger in size. Often the normal rashes that develops are mistaken for measles disease. But measles have several other different symptoms that are as follows:

Measles show symptoms such as:
Once after you are suspected with the virus, the virus multiplies itself in the back of the throat and lung area. Then it may pass throughout the body to enter other areas. Apart from the measles rash, the symptoms you may notice are:

Besides the underlying symptoms, several children suffering from the measles are found as inactive and miserable for 3-5days. Then the high temperature and rash gradually fades followed by other symptoms of measles. Most children are seen getting better within a week, but they may face irritating cough that persists. Rashes caused by other viruses mentioned above are often mistaken for measles. But measles virus can cause severe illness.

Complications one may face:
Complications appear in children who have a weak immune system, are malnutrition or in the adults.
Common complications that develop are:
• Inflammation of the voice box
• Eye infection
• Ear infection causing earache
• Infections of the airways, such as bronchitis and croup that are common
A fewer common complications are:
• Fit or convulsion occurs in about 1 in 200 cases.
• Brain inflammation (encephalitis). It can be rare but is a serious complication. Occurring in about 1 in 5,000 cases, it may cause drowsiness, headache and vomiting starting after a week of measles rash
• Encephalitis (brain inflammation) can take place. Few children die from this complication as well
• Liver infection (hepatitis)
• Pneumonia is one of the serious complications that can develop too. The symptoms may be fast or difficulty in breathing, chest pains and feeling much ill or weak
• Squint or when the eyes point in different directions is also common in children who suffer from measles. This virus affects the nerve or muscles to the eye
Apart from the complications mentioned, one of the rare brain diseases, subacute sclerosing panencephalitis may appear years later in those who experienced measles symptoms. This condition can be fatal. There is no specific treatment for the condition, but one can take preventive measures that are enough to lead a disease free life.

How can you prevent or treat the condition?
A vaccine or the combination of the MMR (measles, mumps, and rubella) shot can prevent the disease. As per CDC, children have to get two doses:

The vaccine assures immunity from measles for decades. Also, one may not find any proper treatment for the already established measles symptoms. But, there are post-exposure vaccines as well as immune serum globulin that can help and prevent further spread of the measles rash.

• Post- exposure vaccines- Those of the non- immunized people or infants who are exposed to the measles virus, can be given vaccination within 72 hours. If measles still appears, then only milder measles symptoms will appear that may vanish in a short period.

Also, in this condition one has to drink more fluid to prevent dehydration in the body. The doctor may also prescribe medicines to ease off measles symptoms such as fever, ache and body pains or antibiotics to cure secondary bacterial ear infection or bacterial lung infection (pneumonia).

Conclusion!
Measles no doubt is the deadliest rash illness that develops in the children. Getting vaccinated in time is the safest way to secure your child’s life. So every parent should give a timely visit to the doctor so that you remain updated and give full protection to your family from this contagious disease.

related
Tags: how to prevent measles, symptoms of measles, What is measles 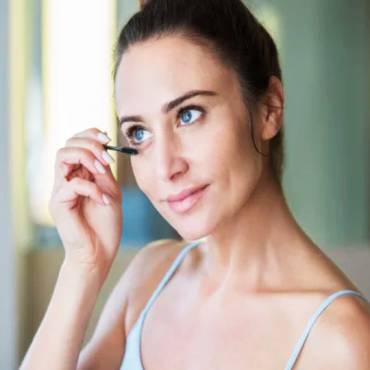 How to Apply Careprost for Eyelash Growth?