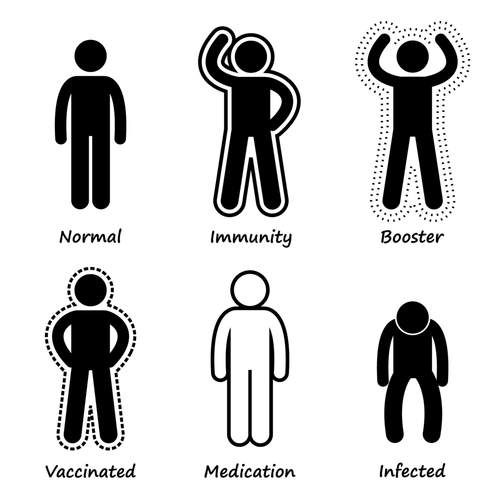 Immunosuppression is a situation in which the efficiency of the immune system weakens. It can occur as a result of an adverse reaction from the treatment of other problems or conditions as well. Conditions like HIV, Chemotherapy and Lupus can make an immune system weak. Those people, who are undergoing immunosuppression caused due to these reasons, are said to be immunocompromised.

When the organ gets transplanted, the immune system of the recipient takes it as a foreign tissue and attacks it. If the destruction of the organ will is left untreated, then it may result in death of the recipient too. During the early days, Radiation therapy was commonly used in order to decrease the strength of the immune system. Now immunosuppressant drugs are used to prevent the activity of the immune system. The side-effect is that with the deactivated immune system, the body becomes susceptible to infections, even with the one that are harmless. Extended use of immunosuppressants can increase the risk of cancer too.

Immunodeficiency disorders also called as immunosuppression; that can be divided into primary and secondary type of disorders.

Also read: The foods you can rely on when you are sick

Types of immunodeficiency disorders and its causes

Immunodeficiency disorders inhibit the body to fight off infections and diseases They make the body more vulnerable to catch a virus or bacterial infections. These disorders are divided into congenital (primary) and acquired (secondary).

The primary immunodeficiency weakens the immune system. They are a type of immune disorder that is present since birth. The primary disorders commonly include:

The primary immunodeficiency disorder is inherited that is; they can pass from your parents. The problems in the DNA are a primary cause of the immune system defects in this disorder type. There are a number of types of primary immunodeficiency disorders. These are broadly classified into six groups according to a part of the immune system affected:

Other causes of immunodeficiency and Treatment

Apart from the ones mentioned above, there are several other disorders that lead to malfunction of an immune system.

It is important that one gives regular visit to the doctor. The doctor can treat with immunoglobulin and give the necessary antibodies that the body lacks. Antibiotics can be given too if the infection is present. Sometimes vaccination is required too if the doctor finds that the particular disorder cannot prevent the production of antibodies. Then the vaccine of a killed virus is used. Stem cell plants are an another option prescribed for the severe cases.

Conclusion!
In order to have a healthy immune system, consult your doctor, pay timely visits and work with him to lead a happy fruitful life ever.