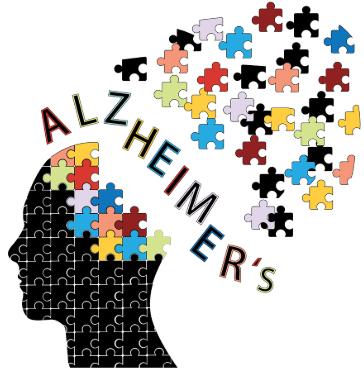 The connection between lack of sleep and Alzheimer’s disease

Of course, not getting enough sleep doesn’t feel good and it could have some scary long-term consequences. Poor quality sleep has been shown to cause weight gain, short-term memory, and increase the risk of diseases that range from depression to cancer. Also, according to a new research study, there is a link between disrupted sleep and the presence of the biological signs of Alzheimer’s disease.

The study found that people suffering from Alzheimer’s have observable tangles of tau protein, inflammation in the brain, damaged brain cells, concentrations of beta-amyloid proteins, which forms a plaque associated with the disease. Amyloid protein is responsible for clogging the brains of Alzheimer’s patients, thereby causing poor sleep. These biomarkers are more prevalent in people who regularly experience disrupted sleep patterns. The study also revealed that disrupting sleep during certain parts of the night can quickly increase the levels of Alzheimer’s associated proteins in the brain as well as spinal fluid.

Impact of poor sleep on your brain

A study was conducted which involved the samples of spinal fluids of a group of people. The average age of people was 63. All the participants have some increased risk of Alzheimer’s due to genetic factors, family background, but all with good mental health. The study revealed that age differences within the group didn’t seem to affect levels of Alzheimer’s biomarkers. But the researchers found that people with a complaint of sleeping problems reported having sleep problems, or feel sleepy during the day and had more biomarkers of Alzheimer’s disease in their spinal fluid.

Cleansing effect of sleep on the brain

According to clinical experts, people with disrupted sleep patterns may have a nasty cycle at work in the relationship between increased risk of Alzheimer’s and poor sleep. If a poor sleep cause increase levels Alzheimer’s biomarkers, it is believed that it could further worsen sleep, which could then cause more buildup of plaque.

Having enough sleep helps to wash out neurotoxins such as amyloid proteins from the brain. These neurotoxins have been shown to worsen sleep in research studies conducted by scientists and experts.

Regardless of the mode of action and levels of the risk, studies revealed that improving sleep should be considered as a priority. Clinical experts emphasized the potential benefits of facilitating better sleep.

Several effective interventions are available to treat causes of poor sleep. Diagnosing and treating disturbed sleep patterns may be a critical strategy to prevent cognitive decline in individuals with an onset of Alzheimer’s disease.

These findings revealed that it is necessary to take seven to eight hours of sleep for better brain health. Getting enough sleep slows the onset of Alzheimer’s and improves the quality of your life. However, only one night of poor sleep may not increase your risk, but if you have chronic sleep problems, it is essential to opt an effective treatment sooner rather than later. Regardless, good night’s sleep is something everyone is struggling for. Along with reducing the possibilities of Alzheimer’s, a good sleep allows the brain to recover which results in improved memory and thought process, making your mind sharper throughout the day. Having a sufficient amount of sleep even boost your mind and decreases the risk of depression and other associated health complications. 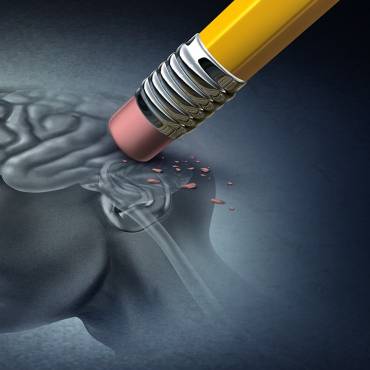