Close
HomeHealthLiving with Epilepsy is Frightening, Treat it...

Living with Epilepsy is Frightening, Treat it Before it Gets Too Late 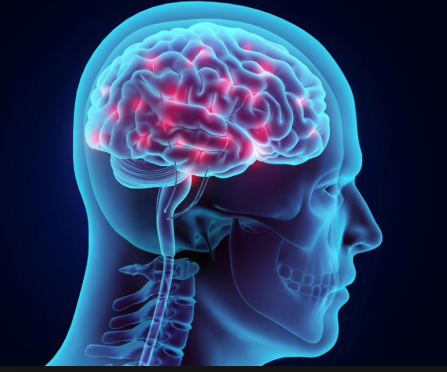 Epilepsy is one of the neurological conditions involving the most important part of the body i.e. brain. Epilepsy is characterized by two or more unprovoked seizures, and one can prevent it with the timely treatment.

What is epilepsy?
Brain combines of several nerve cells, electrical impulses and chemicals known as neurotransmitters. When the clusters of these nerve cells signal abnormally, it can result in seizure. Seizure is also known as fits. About 1,80,000 cases of epilepsy come into the light every year in which 30% occur in children. The most common ones affected by epilepsy are elderly adults and children.
Renowned names who had epilepsy include philosopher Socrates and military general Napoleon. Recently the American rapper Lil Wayne too disclosed that he suffers from Epilepsy since childhood. Though he admits that rarely he remembers his seizures.

Getting fit or seizure is the main symptom of epilepsy. A Seizure is classified into many different types, depending on the area of the brain affected. People who suffer from the epilepsy can face any seizure type, that could occur anytime during sleep or when awake.

Symptoms of epilepsy:
Any behavior that occurs represents a seizure. The types of seizure include:

 Generalized seizures:
Generalized seizure involves every area of the brain. The symptoms include:
• Eyes are opened
• Breathing problem, as the person has to breathe deeply after an episode
• Loss of urine
• The person experiencing this type of seizure can be seen crying out loud, getting stiffen for a few seconds and face rhythmic movements of arms or legs

 Partial or focal seizures:
In this type, only part of the brain is involved. Symptoms of this kind of seizure may vary:
• In this type, if part of the brain controls the movement of the hand, then the hand can show the rhythmic movements
• When other areas of the brain get involved, then symptoms include strange sensations and movements like picking at the clothes
• Person appearing confused enough

 Absence or petit mal seizures:
This is the most common type of seizure starts from the childhood. The symptoms include
• Repetitive blinking of eyes
• This type of seizure last for only a few seconds, but people can get it many times a day
• Other types of seizure exist in small children
It is still unclear that what exactly can cause epilepsy. Epilepsy can be caused as with the age. People with no genuine cause for epilepsy can say that there may be a genetic factor. So to remove all the doubts, given below are the other causes of epilepsy.

Causes of epilepsy
• With no known cause for epilepsy, one can say it may have occurred due to genetic factors. Epilepsy can be caused by the way genes work in our brain.
• The changes in the brain structure often cause electrical storms of seizures in many people.
• Young children who are born with structural change in their brain area also leads to one of the reasons/causes for a seizure.
• Infections of the brain can also cause epilepsy. The infection at first is treated with medication and later it may leave scarring on the brain that results in seizures.
• Those people who cross the line of 65, for them stroke becomes a very common cause of onset seizures. Alzheimer or several other conditions that harm the brain function may also cause a seizure.

Other causes of seizure as with age:
• In the newborns: brain malformation, lack of oxygen during birth, maternal drugs use and inborn errors of metabolism
• In the children and infants: brain tumor, any infection, and fever
• In children and adults: head trauma, genes, progressive brain disease and congenital conditions such as Down’s syndrome; Angelman’s syndrome; tuberous sclerosis and neurofibromatosis
• In the senior or older adults: stroke, trauma, and Alzheimer’s disease
Treatment for epilepsy
After the doctors diagnose epilepsy, certain drugs can be given to treat the condition. Antiepileptic drugs or anticonvulsants are proved to be useful in controlling seizure in many people.Medications used in treating seizure include:
• Primidone
• Topiramate
• Gabapentin
• Clonazepam
These medicines may leave several side-effects, so it is essential to work with your doctor first before you take them. If the medications do not work or symptoms of seizure do not show improvement in a year, then surgery is another option.
Bringing a change of a lifestyle or diet changes can help controlling epilepsy too. Doctor can prescribe a diet (ketogenic) that is rich in fat and low in carbohydrates.

Prevention:
One cannot prevent the symptoms of epilepsy to develop. But once after its development, the prevention and control of seizure can be done through surgery, drugs, proper diet and lifestyle change.

Conclusion
Epilepsy becomes a frightening condition if the diagnosis and treatment delays. Following an appropriate, and efficient treatment method can help one to lead a productive life with epilepsy. Always consult your doctor so that you get useful resources from him for your condition and prevent epilepsy from occurring again.